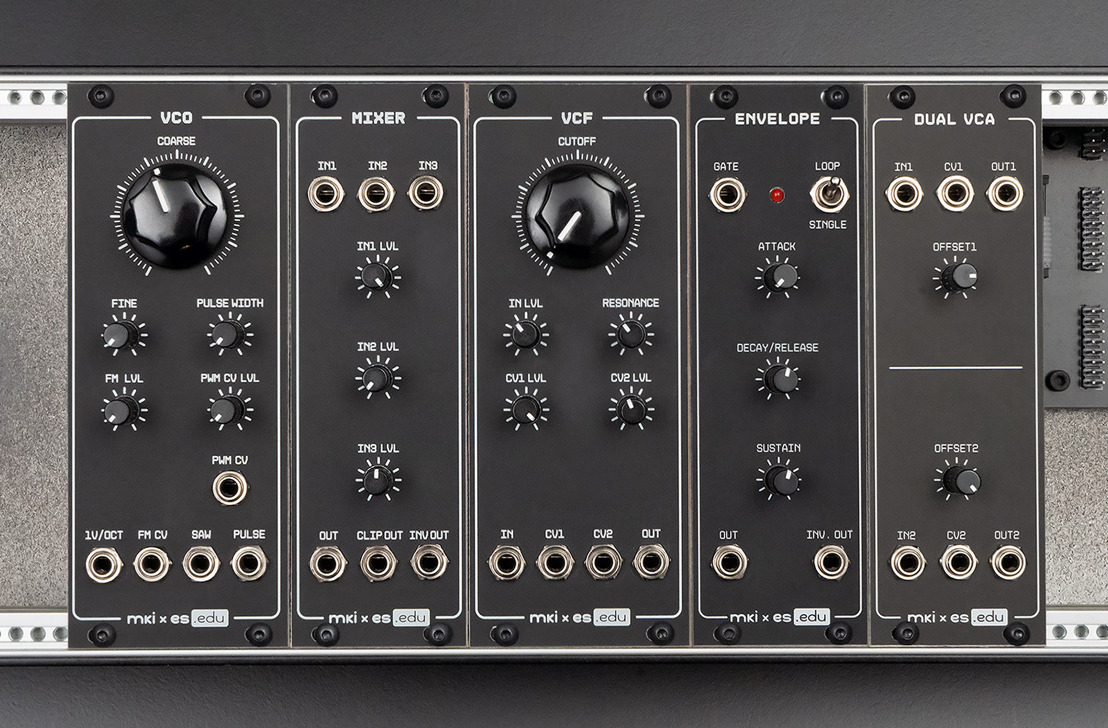 Riga, Latvia, March 15, 2022 — Erica Synths continues its inspiring mki x es.EDU project of educational DIY kits in cooperation with Moritz Klein. The latest offering is a new highly versatile envelope generator, which join the recently announced VCO and VCF modules. In total, the mki x es.EDU project will consist of 9 kits in addition to the DIY enclosure and PSU — developed so users can create a fully featured modular mono-synth. This includes a sequencer, a VCO, a wavefolder, a noise/S&H module, a mixer, a VCF, an envelope generator, a dual VCA and an output stereo mixer with a headphone amplifier.

Many iconic sounds like the squelchy acid bass line, snappy techno kick drum, and swelling dream pop pad wouldn’t be possible if it weren’t for envelope generators. So, the EDU DIY EG is slightly optimized ADSR envelope generator, since it has only three controls. With sustain on, it outputs an ASR (attack/sustain/release) envelope, but when the sustain is set to a minimum, it becomes an AD (attack/decay) envelope generator that ignores gate length. Release and decay are controlled by the same knob, while a looping function and an inverted output make the module highly versatile for complex patches.

PLEASE NOTE // NB! NB! The full EDU DIY system is designed to have 2 EG modules, therefore everyone aiming to build the whole system will need 2 kits.

About Erica Synths
​Erica Synths team of visionaries, engineers and musicians have been working hard to bring you modules and instruments that will set your modular system apart from mass in terms of how it sounds, looks and functions.